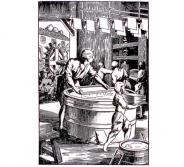 Birth of a saga

While François de Guise is arming troops to recapture the kingdom of Naples from the Spanish, and at a time when tensions prevail between Catholics and Protestants, Ambert papermaker Jacques Montgolfier leaves his native Auvergne to settle in the Bea
Find out 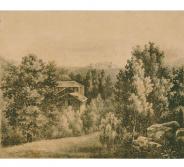 Michel and Raymond Montgolfier – the sons of the Beaujeu papermaker – arrived in Vidalon where the Chelles papermaking family of Auvergne was involved in paper sizing.
Find out 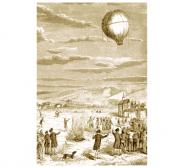 From paper to the conquest of the skies and space

On 17 December 1782, a strange paper bag inflates above a fire in the Montgolfier brothers' garden. It straightens up and lifts off into the sky. It crosses the river and gently lands on a hillside.
Find out 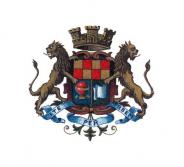 The Manufacture Royale of Vidalon

On 19 March, the Montgolfier paper mills were hoisted to the rank of Manufacture Royale, a highly coveted title by all of the kingdom's papermakers. It was bestowed on those whose innovation potential ranked them at the top of the profession.
Find out 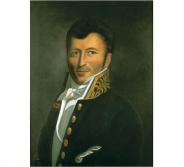 Etienne de Montgolfier has been dead for two years.
Find out 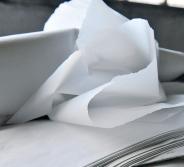 Transparency and colour, the papermaker's innovation

The Canson family continued to focus on innovation like the Montgolfier before them. In the greatest secrecy, they invented tracing paper, this transparent medium which avoided the need for architects to redraw the same plan again and again.
Find out 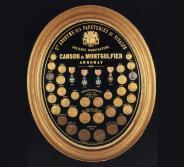 With the paper machine, it became urgent to modernise sizing. How could such long sheets be manually be dipped in a gelatine bath? Barthélémy and Etienne de Canson develop a sticky wax-based product which is mixed into the paper pulp.
Find out 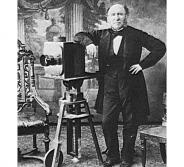 Canson®, a pioneer in photographic paper 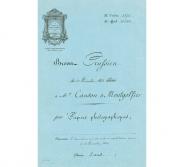 Canson® secured a patent for a photographic paper

In 1865 Canson® secured a patent on December 8th 1865 since the process was simpler and cost less than the ones used before then. This Canson® paper cut out the need to use the platinum or gold chloride that toning entailed.
Find out 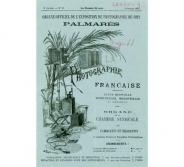 Canson®'s linen-finished photo paper earned them acclaim at the 1892 Exposition Internationale de Photographie: “From a photographic standpoint, Papeteries de Vidalon have attracted every specialist’s attention with a variety of products affording su
Find out 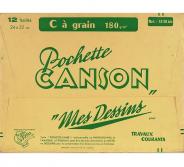 The Canson® pack in all school bags

Art teachers weighed down by piles of notebooks to mark, drawings that cannot be exhibited… The Canson® paper mills find the solution: a paper pack to sell sheets by the dozen and preserve them.
Find out 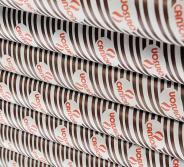 For Canson® , computer aided drawing and the conservation of archives are the subject of the same concern: developing and marketing products which meet current needs.
Find out 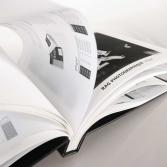 Building on its experience in photograph paper, Canson® launched Canson® Infinity, a combination of the character of the most beautiful paper used by artists the world over, coating using high-end technology and high standards in terms of
Find out 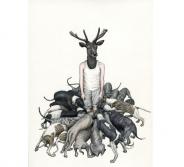 In its permanent quest to be close to artists, Canson® creates the Fonds Canson® pour l'Art et le Papier, aimed at promoting artists working with the paper.
Find out 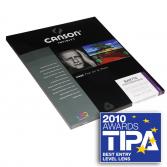 The Technical Image Press Association (TIPA) has announced the winners of the 20th round of the TIPA Awards.
Canson® Infinity’s Baryta Photographique is the recipient for Best Fine Art Inkjet Paper.
Find out 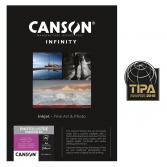 «The quality of an inkjet print is of course dependent on the skill of the printmaker and the content of the image, but having a paper that will deliver optimal results can be just as important.
Find out 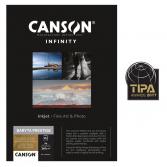 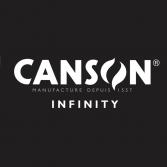 Canson Infinity is embracing a new level of growth, innovation and identity with a new, strong and recognizable logo, composed of easy-to-read capital letters.
Find out 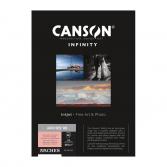 In February 2021, Canson® Infinity, add to the portfolio by introducing four new digital art papers from the iconic ARCHES® paper mill. The FILA Group, owner of the French Canson® paper mill and brand, acquired the ARCHES® business i
Find out