The Manufacture Royale of Vidalon

On 19 March, the Montgolfier paper mills were hoisted to the rank of Manufacture Royale, a highly coveted title by all of the kingdom's papermakers. It was bestowed on those whose innovation potential ranked them at the top of the profession.
A few years later, the Bastille fell. The king's favour would no longer be seen as desirable. 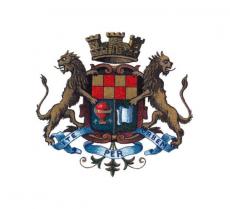 In 1784, the Manufacture took on a motto and a coat of arms: the red and gold check of Annonay, the hot-air balloon invented by the Montgolfier brothers and the motto Ite per orbem (Go around the world) which evokes the already international spread of papers.
© Musée des Papeteries Canson et Montgolfier