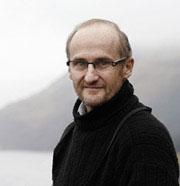 “I love the way Canson® Infinity Rag Photographique works with my colour palette, producing a tertiary softness on a neutral white base which resonates with me.”

APP-L, G.M. Photog., Hon. FAIPP, FNZIPP, Hon. FNZIPP, FAIPP
Peter Eastway is an Australian photographer known internationally for his landscape photography and creative use of post-production. A practising professional, he shoots editorially (mainly for Better Photography magazine) and works selectively in advertising and portraiture.
Peter has been involved in photographic magazine publishing for over 30 years, establishing his own title, Australia's Better Photography Magazine, in 1995. As a result, Peter and his websites are a wealth of information on how to capture, edit and print, offering tutorials, videos and inspiration for amateur and professional photographers.
Peter’s work has been published and exhibited internationally over the past 40 years. He was the author of the Lonely Planet’s Guide to Landscape Photography. His photography has featured on the cover of the Lonely Planet’s guide to Australia, in articles in the Qantas inflight magazine, and in an international Apple television commercial. And he has worked with Phase One researching and promoting its high-end medium format cameras and Capture One raw processing software.
He was one of the featured photographer in the Tales By Light television series aired on the National Geographic Channel in Australia and produced in partnership with Canon Australia. It can currently be viewed on Netflix.
Peter Eastway is a Grand Master of Photography, a Fellow and an Honorary Fellow of the Australian Institute of Professional Photography, and a Fellow and Honorary Fellow of the New Zealand Institute of Professional Photography. He won the 1996 and 1998 AIPP Australian Professional Photographer of the Year Award. He is a WPPI Master of Photography.
Peter’s early landscapes were primarily black and white, carefully printed and toned, but with the advent of digital photography, he is taking a leading role internationally, creating a New Tradition of high quality imagery, and speaks about ‘invisible Photoshop’.
Peter has published a book of his work, outlining his approach to photography. Titled ‘The New Tradition’, the beautiful hard-cover book won a Gold with Distinction Award in the Australian AIPP’s Photo Book Award 2018. You can view a flipbook of The New Tradition at https://www.betterphotography.com/online-shop/new-trad-book

All images are copyright © Peter Eastway