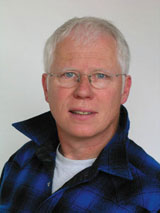 “Canson® Infinity papers have given me a whole new perspective on high quality printing both in colour and black and white. The character of these papers gives my work a very prestigious aura…”

Ian Patrick reveals through his portraits what people really are, their profound personality, what they do not naturally or easily express.

Ian Patrick is professional photographer, an American living in Paris.He was born in Salzbourg, Australia in 1951. Ian holds a Bachelor of Fine Arts from the Art Center College of Design, Los Angeles.
He first had a studio in New York from 1975 to 1979 and worked for famous magazines including New York Times Magazine, Esquire, Rolling Stone, Interview and New York Magazine and record company including CBS, A&M, United Artists, Warner Bros. He moved in Paris in 1979 and has worked since for many magazines like Elle, Marie Claire, Vogue Italy, Vanity Fair and famous brands including Sony, Chanel, Yves Saint Laurent, Ray Ban, Christian Lacroix, Azzaro, Bulgari, Lagerfeld…