Etienne de Montgolfier has been dead for two years. His son-in-law, Barthélemy Barou de la Lombardière de Canson takes over from him. This is when the name Canson® first appears in the history of papermaking, a name which will become mythical for artists and lovers of beautiful papers. 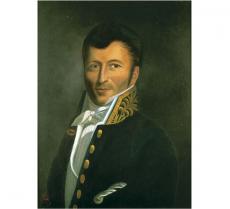